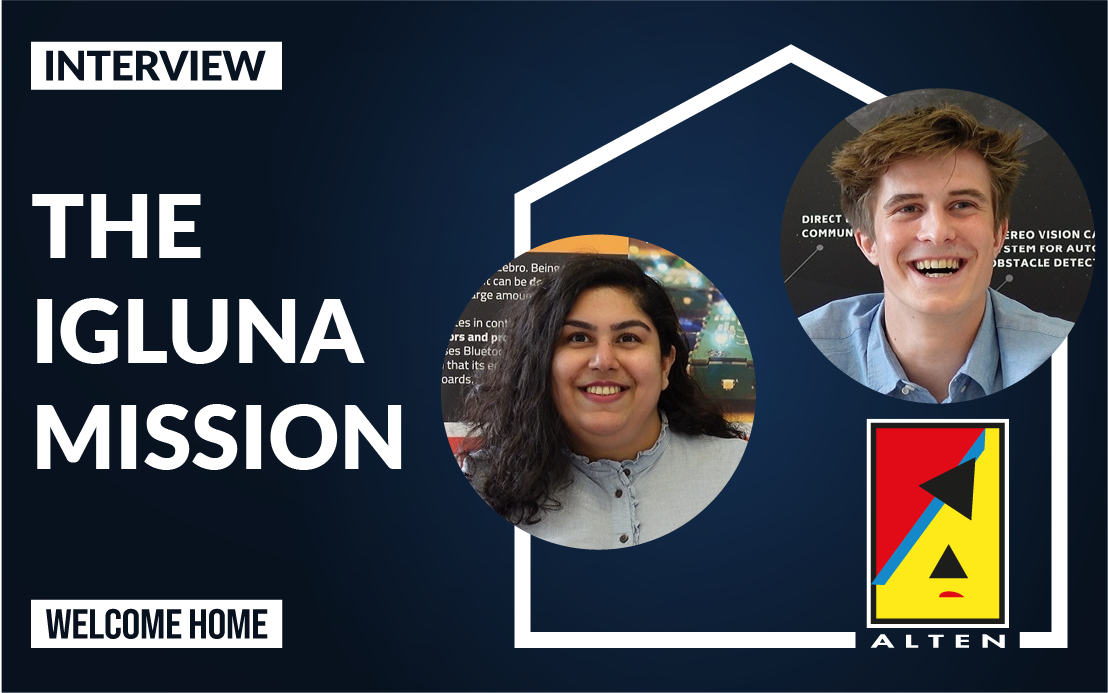 Lunar Zebro is a university project of the TU Delft with a long-term goal of putting a swarm of very small rovers on the moon. The first Zebro to go to the moon will be flight-ready by 2022 and is set to be the smallest and lightest lunar rover yet in the world. It will be the first Dutch moon mission as well as the first European mission on the moon. But of course, it should first be tested extensively in challenging Earth conditions. And that is where the analogue mission ‘IGLUNA’ comes into play.

Simon Stenger is a student at TU Delft, as well as a Systems Engineer at Lunar Zebro and the IGLUNA project. Prachi Sachdeva is Lunar Zebro’s Partner Relations Manager. She is also an ALTEN Technical consultant. Together they elaborate on the IGLUNA mission that will take place in Switzerland from 16 till 25 July 2021. 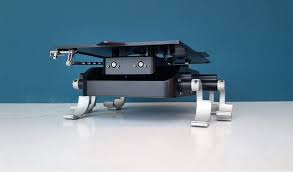 The Mission
Prachi: “While our final mission is to send the Zebro to the moon, we first have to extensively test several aspects of the rover here on Earth. The idea behind an analogue mission is to find places on Earth that are quite similar to certain conditions on the moon. We then operate the rover in these challenging conditions and push it to its extremes. For instance, Mount Etna, the Lava tubes in Iceland, the Boulby mines in the UK or, as in case of IGLUNA, Mount Pilatus in Switzerland, are all good locations for an analogue mission. We have four analogue missions planned this year, and we hope to learn to a lot from them.”

Simon: “One of the goals of this mission is to test the locomotion system. Unlike most rovers, the Zebro does not have wheels, it has legs. These are C-shaped and use a special algorithm allowing the rover to move more freely and deal with a broader range of obstacles. Furthermore, these legs have the least chance of getting stuck, allowing the rover to navigate even the most difficult terrains successfully.

Our main goal for this analogue mission in Switzerland is to gain experience, which is very valuable, as the remote operation of such rovers can be highly complicated. How we conduct the operations for this mission will be comparable to what we will be doing on the moon; based on the data received from the rovers we will decide to issue commands if necessary.  However, in nominal operations, no commanding should be necessary due to the navigation software, which will also be tested in IGLUNA. For instance, the robot is able to automatically change its course when it recognizes an obstacle that it cannot overcome. This semi-autonomous navigation system allows it to traverse a terrain independently without any interference from the ground station.

We will be in a control room in a different location, probably Delft. We are sending a command to the rover and receiving the data in the same way as we would on the moon. We are even simulating the delay. When you send a command to the rover on the moon, there will be a delay of 1.28 seconds each way, resulting in a 2.56 second delay until you receive the response to your command. That limits the amount of data that can be sent. And that is challenging.

For the IGLUNA mission, the rover is programmed to identify simple targets on the test bed, such as cubes with QR codes on it. We also hope to get pictures, images and film back from the rover, and learn more about how well the rover was able to find targets.”

Prachi: “This analogue mission is organized jointly by Space Innovation (formerly, Swiss Space Center) and ESA (European Space Agency). We as a student team have to apply with a proposal to be selected as one of the teams that can participate in the mission.”

Simon: “That sounds like a competition, but it is actually a collaboration. Obviously, we want our project to be successful, but at the same time we want others to be successful as well. We help each other with our respective missions. All projects are given an opportunity to collaborate and use each other’s know-how and experience.”

Prachi: “Due to Corona this year’s campaign will be a hybrid mission. Part of the team will be on-site while the rest of us will be working on the operations remotely from Delft. This is challenging for us because the whole project was set up with the hope that we would all be in Switzerland. But as a team we welcome challenges, so we are redefining a couple of project ideas to suit a hybrid campaign. The rovers are designed for continuous operation without any human intervention, so as to mimic our mission on the moon where human intervention will not be possible either”

The Swarm
Simon: “At the moment we are aiming to have each of the operational cycles be about three hours long. They can also be shorter if the rovers find the targets sooner. After each cycle, the rovers return to the docking stations to charge, and once they are charged again, they will leave their docking stations in a random motion. They will roam around the terrain looking for the target and that can take a maximum of three hours. The rovers work in a so called ‘swarm’, all looking for the same target. If one of them finds it, there will be a signal to all other rovers so they can move back to their respective docking station. For this particular mission we will use 6 rovers.

Prachi: “Using a swarm has many advantages. They work together as a group to achieve a common goal. And since these rovers are small and inexpensive, it’s easy to use several rovers at once. They can cover a lot of ground and can reach places that are difficult to reach otherwise.”

Simon: “It is also a matter of risk management. If, for instance, NASA sends a multimillion-dollar rover somewhere where they are not sure what to expect and it does not survive, they may lose everything. If we do it and one rover doesn’t make it, that’s no problem, we’ll have another one to replace it. The number of rovers you use can be scaled up or down depending on your goals.”

The IGLUNA team
The IGLUNA team consists of 25 people from 12 nationalities. The team is divided into multiple sub-groups based on different engineering tasks like structures, electronics, software, systems engineering, and ground segment.

Simon: “I am an Aerospace Bachelor student, so ‘space’ is one of the most interesting fields to work in for me. This specific project was brought to my attention by a friend and it caught my eye pretty quick. The possibilities and vast range of missions that can be executed with the Zebro rovers is extraordinary. That is what makes Lunar Zebro so special and what fascinates me about this project.”

Prachi: “If you’re a student from a relevant field, such as electrical, mechanical or aerospace engineering, and your ambitions align with that of the project, you’re welcome to participate. Even though it is a project from TU Delft, we also welcome students from Hogescholen such as InHolland and De Haagse Hogeschool. So, the team changes all the time. The students who work on their thesis or an internship graduate and leave the TU Delft and this project. Of course, we make sure that the knowledge and information are well-documented and can be passed onto a new member.”

Simon: “Most students stay with the project for one academic year, from September till July. Then they leave and a new team will start again. I started here in March 2020, so I have been here for over a year. This is a bit longer than others, but I am enjoying this project a lot, it is fun. And, of course, I get a lot of experience in my area of expertise. You don’t have to leave after a year, you can stay as long as you like.”

Partnerships
Prachi: “We have a few crucial partners who are helping us out with this project. One of our main partners for the IGLUNA project is ALTEN. ALTEN is extending their technical expertise through their consultant, Kevin McElligott. Kevin has been a member of Lunar Zebro for a year during his studies, before joining ALTEN as a technical consultant. This makes him the perfect candidate to be a Zebro member again, but now from a partnership point of view. He is setting up the team’s software testing environment and helps in high-level software debugging.

Besides ALTEN, we also have industry partners who help us with manufacturing of precision parts and provide essential tools for thermal and load simulations. Currently, the team is in its prototype test phase where the rover and docking station’s prototype is assembled for the first time, and functional and designs tests are carried out. One of the main tests that is planned to take place in the coming days is the docking and undocking of the rover, autonomously. A lot of pieces must fall into place for this test to be successful; meaning, all communication systems and power systems have to work seamlessly while also making sure all safety protocols are met.”

Simon: “Students have designed and planned this mission since September 2020 and have since gone through multiple review sessions with ESA and Space Innovation experts, giving us the opportunity to grow not only as engineers but also as students. Young engineers like us have this unique opportunity to put theory to practice, where all the 3D printed objects i.e., rovers and docking stations are printed inhouse; which is far more difficult and challenging than most people think. All of us are looking forward to being at the Field Campaign in Switzerland in July.“ 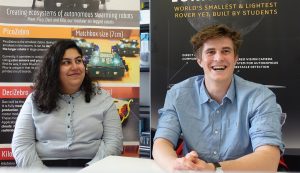 ALTEN offers her consultants interesting jobs at interesting projects. Do you want to know what we can offer you? Please click here.
Read more about Prachi and her (volunteer)work at Lunar Zebro here. 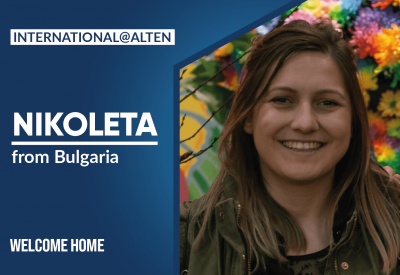 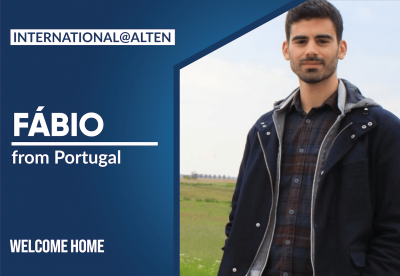 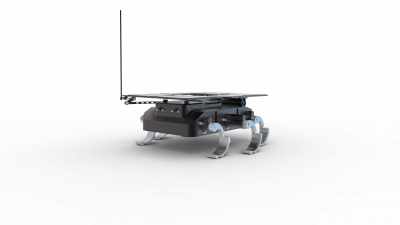 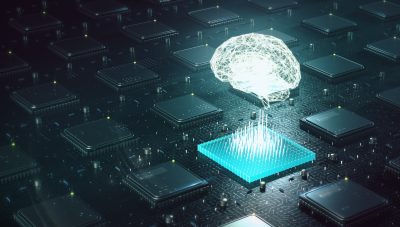 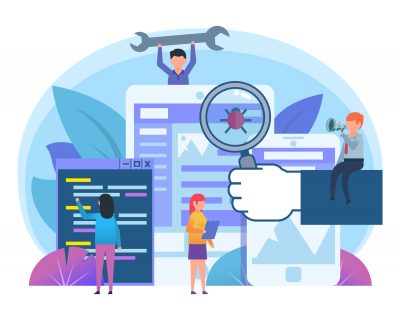 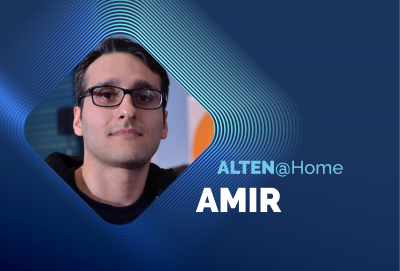